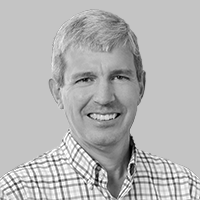 Joseph Pease, Ph.D., Senior Director and Head of Analytical Research in Small Molecule Discovery Chemistry at Genentech. Dr. Pease earned a BS degree in Chemistry from the University of California, Davis and then a Ph.D. in Biophysical Chemistry from the University of California, Berkeley. After graduating from Berkeley, Dr. Pease joined Syntex in 1990 as a Research Scientist specializing in NMR and structure based drug discovery. After Roche acquired Syntex in 1994 to form Roche Bioscience (later renamed Roche Palo Alto), he stayed with the company until its closure in 2010 and then joined Genentech in 2011. During his career, Dr. Pease has held leadership positions in discovery research, preclinical development, and informatics.