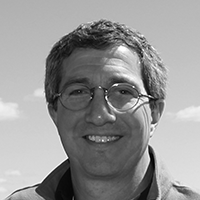 Prior to joining NIBR, Mark served as the founding Director of the NextGen sequencing core at Massachusetts General Hospital and Director of Bioinformatics in the Department of Molecular Biology at MGH. He developed both resources into highly collaborative facilities performing next generation sequencing and data analyses in diverse areas of biomedical research. Before MGH, he was a scientist at the Broad Institute, where he contributed to the human genome project and worked on drug resistant M. tuberculosis genomes. Mark came to the Broad after working at Incyte, where he managed the microbial pathogen genome database and built an annotation team that identified new splice variants and full length human cDNAs as candidate drug targets.

Mark received a bachelor’s degree in Biochemistry and Molecular Biology at Harvard and a PhD in Biology from MIT. Mark did a post-doc in host-pathogen interactions at UC Berkeley.