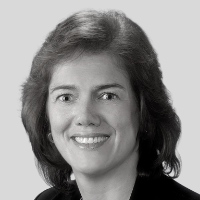 Dr. Shipley recently formed the LLC, Shipley Pharma Insights to provide consulting services to pharmaceutical/biotech companies on drug development. With greater than 30 years in the industry, her experience ranges from discovery to clinical trials (including digitally-enabled trials) to regulatory submissions. Dr. Shipley retired from Merck at the end of 2021 where she was the Vice President of Digital and Analytics Technologies in Merck Research Laboratories. She had the overall responsibility to design, operationalize, and direct Discovery, Preclinical and Early Development’s (DPED) contribution to Merck’s digital vision. In partnership with key technical lines, she was responsible for the leadership, operational and strategic management of initiatives focused on advancing knowledge, experience and capabilities in digital technologies, data management and analysis to transform the use of digital health approaches in all stages of drug discovery and clinical trial management, moving from a site-centric to patient centric model of drug development. Dr. Shipley joined Merck and Company in 2008 as the Vice President of Pharmacokinetics, Pharmacodynamics, and Drug Metabolism before moving into her current role. Prior to joining Merck, Dr. Shipley spent over 20 years at Eli Lilly and Company in roles of increasing responsibility including the positions of executive director, Lean Six Sigma and vice president Drug Disposition, PK/PD and Trial Simulations. Dr. Shipley obtained her undergraduate degree from McDaniel College and her doctoral degree in Pharmacology and Toxicology from the University of Maryland at Baltimore. Her postdoctoral training was conducted at the Walter Reed Army Institute of Research as a National Research Council Fellow elucidating the metabolism and pharmacokinetics of antileishmanial and antimalarial drugs under development by the U.S. Army.

Dr. Shipley has authored or co-authored three book chapters, over 30 journal articles, 40 abstracts on drug metabolism, pharmacokinetics, analytical assay development, drug disposition and digital clinical trials and has been granted five patents. She has chaired sessions at the Gordon Research Conference in Drug Metabolism, the Society of Toxicology, the American Association of Pharmaceutical Sciences, International Conference on Drug Development, PhRMA workshops and the Drug Information Association. She has served as the chair of the Drug Metabolism Technical Group within the Pharmaceutical Research and Manufacturing Association (2007-09), a member of the IQ Consortium and as a member of the International Society of the Study of Xenobiotics Council (2010-12). She has also served as a reviewer for Drug Metabolism and Disposition, Journal of Clinical Pharmacology, the Journal of Chromatography and Toxicology and Applied Pharmacology, and a lecturer for the University of Indiana School of Medicine and Purdue University. She was awarded the 2000-2001 Chairman’s Ovation Award for leadership in motivating and developing people, the LRL President’s Award for Diversity in 2007, the Chairman’s Award in Environmental Health and Safety in 2013 and was awarded the NAFE Women of Excellence Healthcare Champion in 2017.